President Jinping, BHP, Aurizon and the transformation of the world energy market.

On Tuesday, 22 September 2020, President Xi Jinping of China made a significant, and slightly surprising announcement to the world at the pulpit of the United Nations General Assembly. While the speech itself was predicted, it was scheduled among other major world leader speeches, after all, the surprising bit was President Xi announced to the world, “we (China’s) aim to have CO2 emissions peak before 2030 and achieve carbon neutrality before 2060.” To clarify, the announcement of CO2 emissions peak has been previously mentioned by China. However, announcing it in this way to the world makes it a much more serious pledge and not one that President Xi has taken often, or lightly, in the past. Therefore, these two commitments require individual scrutiny.

The pledge regarding China’s CO2 emissions peak before 2030 has been mentioned by officials before, and China has taken a number of concrete steps to make this happen so far. For example, China’s major cities have been putting harsh limits on the number of new cars by limiting the number of new licence plates allowed to be issued. Under the restrictions, a majority are reserved specifically for electric vehicles. While under the new, rough, economic conditions beginning in 2019 with the United States and China trade war, the number of new licence plates allotments has significantly increased, the vast majority are still required to be issued to electric vehicles. The other point of fact to consider here is the catastrophic, and consistent, amount of air pollution that often covers China’s major cities, causing the air too, at times, become virtually unbreathable. Over the last five years, this situation has reached the point where even the elites can no longer escape it, leading many to believe that pledges of action to combat CO2 and other emissions will finally not be hollow or allowed to be undermined through corruption.

The pledge to become carbon neutral is significantly less clear as to what it means. There has been no plan announced so far, and contrary to what most people would assume, there is not a clearly understood definition for what carbon-neutral means. Therefore, it is entirely possible this pledge will not be as significant as it seems as first glance.

However, we believe this really is the final nail in the coffin for any hopes of a resurgence in coal-fired power plants in China. While the country is still building some, post-2030, it seems highly unlikely that they will not be quickly rendered redundant. Investors who are betting on a continuation of oil and coal demand from China need to reconsider their investment strategy after this announcement, as it is more serious than any before.

Shareholders in BHP (ASX:BHP) and Aurizon (ASX:AZJ) are more exposed to this risk than most. BHP is Australia’s largest supplier of coal to China, while Aurizon is one of Australia’s largest transporter of coal between mines and ports. Additionally, we believe it is unlikely BHP or Aurizon will be able to take advantage of any late-cycle boom. During the first quarter of FY21, Aurizon reported coal volumes had slumped 5% due to China restricting coal imports. While part of this definitely has to do with the political conflict between Australia and China, it’s mainly a symptom of China attempting to grow its domestic industry’s reliance on coal mined within China through a combination of restricting coal imports through quotas and pressuring companies to switch suppliers.

All in all, we believe BHP, Aurizon, and other Australian coal export-focused companies are likely to see significant issues over the next decade. 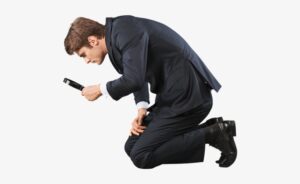