Who is Kalium Lakes

Kalium Lakes Limited (ASX: KLL) is an Australian mining company focusing on the development of its 100% –owned Beyondie sulphate of potash (SOP) project, covering an area of approximately 1,800 square kilometres located 160 km southeast of Newman in Western Australia’s Pilbara region. The company was founded in 2014 and is based in Balcatta, Australia.

Let’s start with KLL’s price chart and see what moved its share price in the last 8 months. ❶ KLL raises $50m in equity capital at 18 cents per share, representing a discount of 18.2% to the last closing price, to fund the development of Beyondie SOP Project. (A$50 Million Capital Raising To Fund Expansion At Beyondie)

❸ Kalium Lakes announces an expected re-start of its SOP purification plant in June, and a possible requirement to raise additional capital by September 2022. (Operational and Corporate Activities Update)

The equity capital raised at an 18.2% discount to the last closing price soured the sentiment on the stock (Point 1 on the chart). The bearish sentiment was further fuelled by announcing operational issues at the Beyonde Project (Points 2 and 3 on the chart), which caused a delay in the expected commencement of SOP production and sales.

KLL’s decision to ramp-up production from 80Ktpa in CY23 to 120Ktpa in CY24 caused concerns over another capital raising requirement by September 2022, which will cause further dilution and downside to KLL’s share price.

The bearish sentiment on KLL, brought on by capital raisings and operational issues, took down the share price from a high of 25 cents in October 2021 to a low of 6 cents in March 2022. Russia’s invasion of Ukraine in February 2022 and the subsequent punitive international bans on Russia’s commodity exports put further pressure on the already tight fertiliser markets and brought the market’s attention to near-production fertiliser players, such as KLL (Point 4 on the chart).

Kalium Lakes is commencing production at the right time

Fertiliser prices have been on a steep uptrend since a few months after the start of the pandemic, on average surging by 80% in 2021 and nearly 30% since the start of 2022. The shortage of fertilisers was initially triggered by soaring natural gas and coal prices, which are important inputs to fertiliser production.

The rapid rise of input costs forced fertiliser factories to cut production, especially in Europe and China. The situation scared China, and the second-largest fertiliser exporter in the world decided to ban the export of fertilisers in July 2021 to secure its domestic supply.

The Ukraine war and the following US sanctions on Belarus’s potash in April 2022 only exacerbated the global shortage of fertilisers and pushed potash prices to a 13-year high as Belarus is one of the largest potash exporters in the world.

According to the company’s announcements, Kalium Lakes is going to be Australia’s first potash producer, starting with 80Ktpa SOP production capacity by March 2023 and expanding to 120Ktpa by September 2024. The latest activities update announcement shows that the operational issues with the SOP purification plant have been rectified and KLL expects to have its first commercial sales in July 2022.

Potash prices are anticipated to remain historically high unless supply from Belarus and Russia returns to international markets. We expect sanctions on these countries’ exports to remain in place for the foreseeable future. Therefore, we think the current high potash prices represent a significant upside to Byondie’s SOP Project valuation.

The share price broke the medium-term downtrend (the blue line on the chart) on the back of a strong market for potash (point 4 on the chart). Since then, the share price has been consolidating in a range between 8.5 to 10.5 cents. Given our expectation of a remaining tight market for potash in the foreseeable future, we think the prices near the bottom of the range at 8.5 cents are attractive.

As the company gets closer to production, we expect the share price to recover towards the 50% Fibonacci retracement level of the downtrend at 18 cents in the next several months.

A break below 8 cents means the short-term price range has been broken downwards and it signals a bearish sentiment on the stock that can bring it down to its low of 6 cents. The biggest risks to KLL’s share price at the moment are possible additional operational issues and a potential capital raise in the near term. 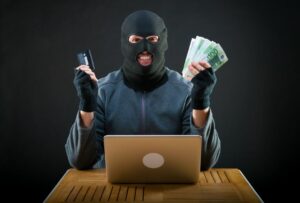 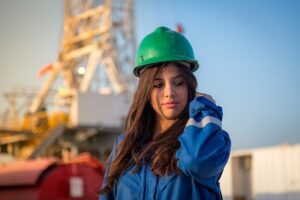