Why Lake Resources will likely see more downside in 2022

When we last wrote about Lake Resources (ASX:LKE) in Stocks Down Under back in April 2021 and gave it 4 stars, the shares were trading at 32.5 cents. The stock has had a massive run since then and peaked at $2.65 on 5 April 2022. LKE has cooled off since then, to a range of $1.30 to $1.60 from early May to the middle of June, as the market started to doubt the high valuations for lithium players.

However, just this week, in three trading sessions, the stock has crashed by 46% in total after the company announced the sudden departure of long-time Managing Director Steve Promnitz on Monday 20 June. On that date, Mr. Promnitz owned 10.2 million LKE shares on top of bonus options and performance rights. It appears he ditched those shares on the same day he left LKE.

When these types of sudden departures of senior managers are announced, but the reason for the departure is not properly explained to the market, like in this case of LKE, investors typically head for the exit en masse….they’ll ask questions later. This happened to LKE too, with the shares falling 14% on Monday.

However, the biggest decline came on Tuesday, after the broader market had time to digest LKE’s news from the day before. The stock fell another 28%.

At the time of writing, on Wednesday 22 June, LKE was down another 12%, to 84 cents. And we believe there is more pain to come for LKE. 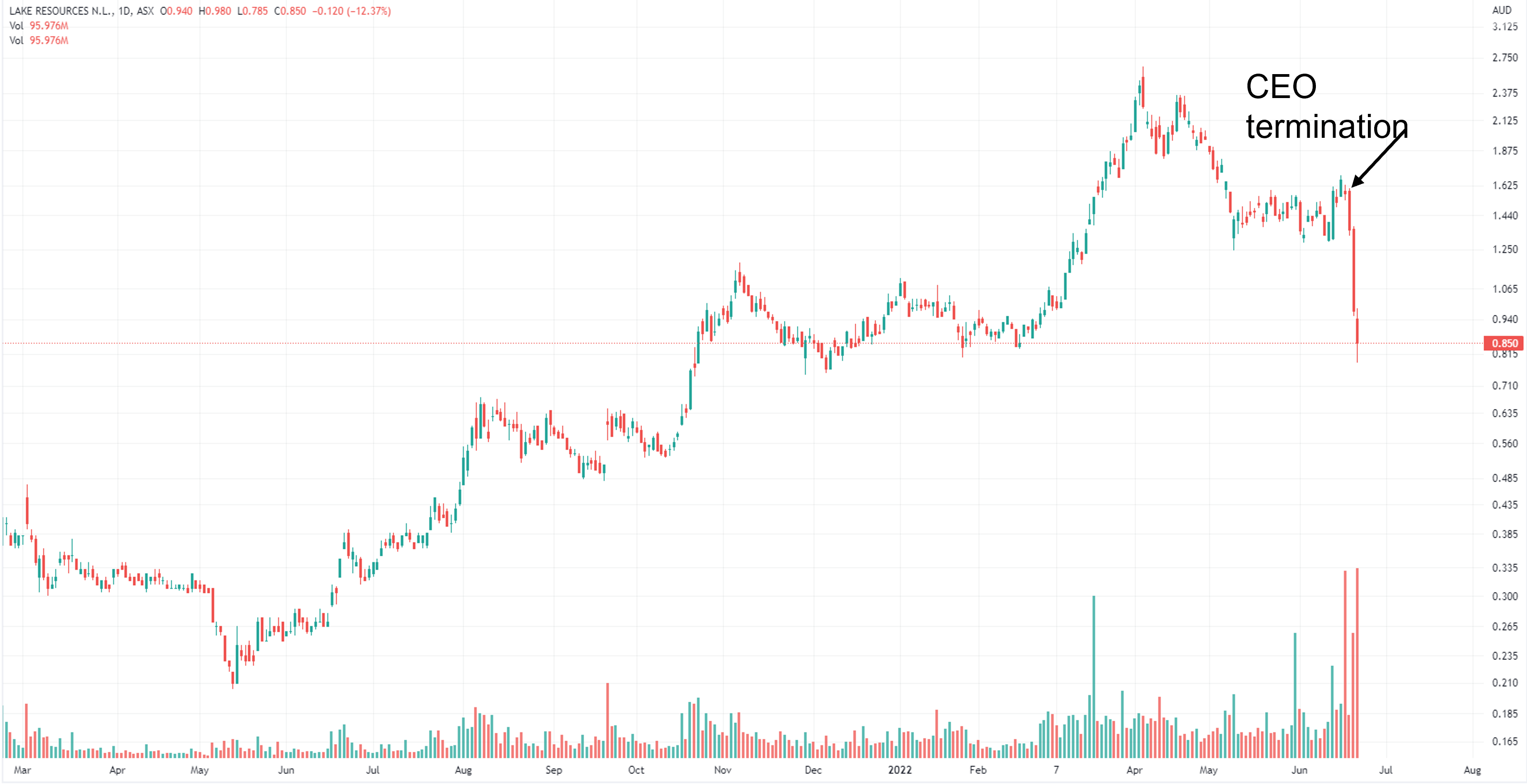 The curious case of Mineral Commodities

Why do we think there’s more downside to Lake Resources? Well, at Stocks Down Under we had been very bullish on graphite developer Mineral Commodities (ASX:MRC). Our 4-star call from 1 May 2020 at 23 cents was working out quite nicely with the stock reaching a high of 48.5c early in 2021. That is, until the company announced the sudden termination of CEO Mark Caruso on 25 March 2021. Lake Resources could fall another 50% or so

We’re not saying that what happened to MRC will happen to LKE, but if it did, that would take the share price down another 52% from today’s price, to around 41 cents.

The stock market can be a fickle mistress to an individual stock … damage its trust and it will drop you like a ton of bricks. It doesn’t matter if that trust has been built up in 10 months or 10 years; it can be gone in a matter of hours or days.

So, we believe there is more pain in store for Lake Resources given the way the company has mishandled the communications around the MD’s departure. Letting the market make up its own scenario around why a CEO leaves will almost always result in the market assuming the worst-case scenario must be the right one. Just ask MRC’s board! 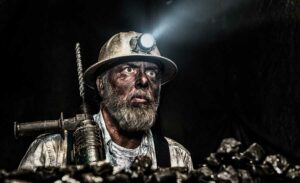 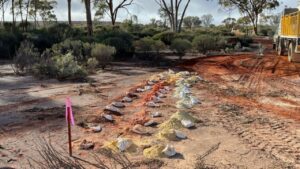 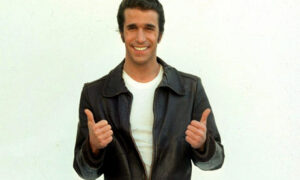