Zeotech (ASX: ZEO) has a great future ahead!

Zeotech (ASX: ZEO) is a mineral processing company. It was primarily an explorer for kaolin deposits through its Abercorn Project in Queensland. However, ZEO is now more focused on the development of a mineral processing technology that it acquired from the University of Queensland in April 2020. The technology allows the production of synthetic zeolite from Abercorn kaolin as well as from leached spodumene, a waste product from hard rock lithium processing.

The company was formerly known as Metalsearch and changed its name to Zeotech in December 2020.

To learn more about zeolite and Zeotech’s proprietary zeolite production technology please read our article on the company in our Resources Stocks Down Under publication.

Let’s start with Zeotech’s chart and see what moved its share price since October 2020. 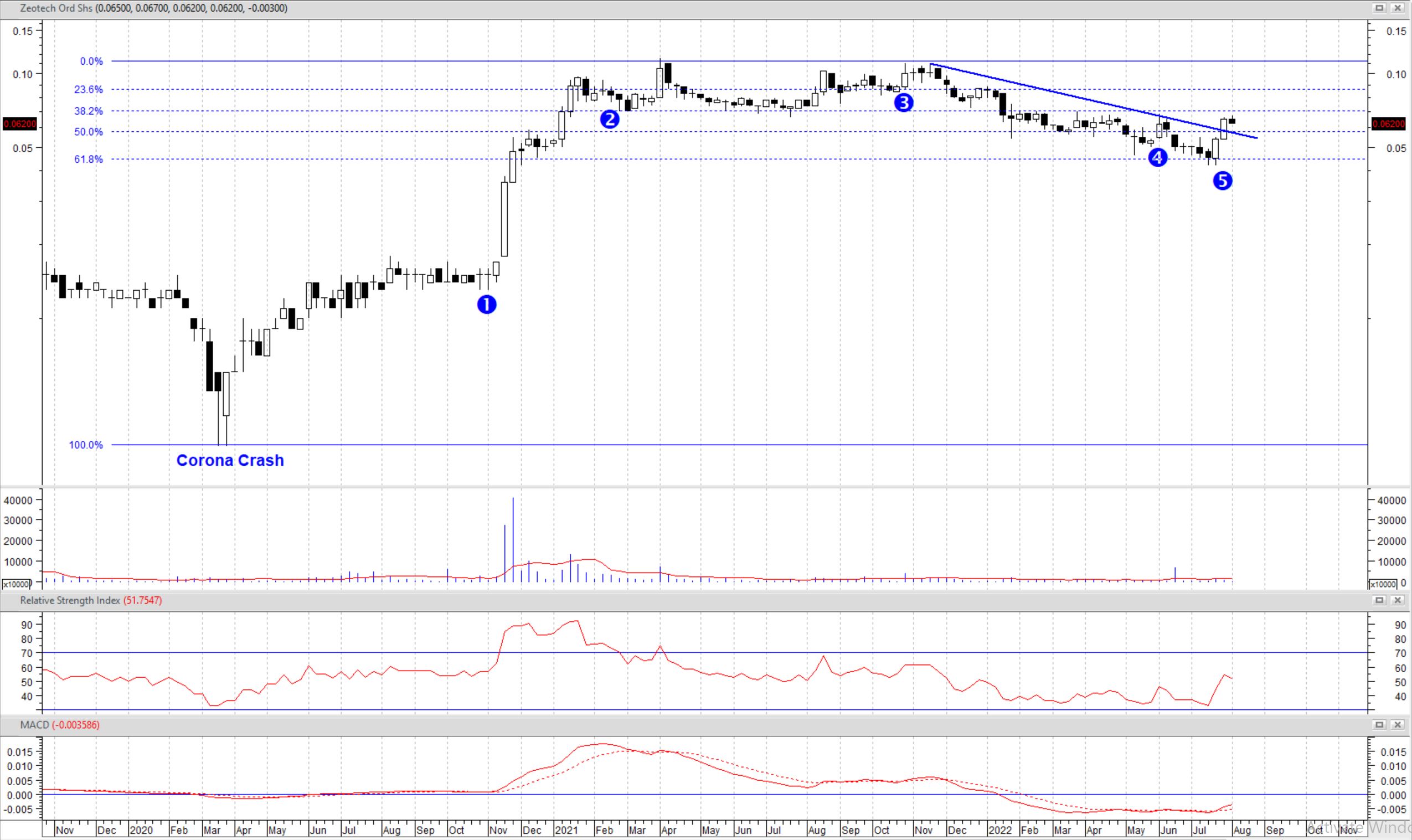 ❷ ZEO announces its commitment to the development and construction of a pilot plant to produce customer-scale samples of synthetic zeolite using its proprietary technology. (Zeolite Pilot Plant Program Commences)

❺ ZEO’s share price makes a partial recovery in line with the rest of the market and renewed attention to the companies in the cleantech space.

The zeolite market is segmented into natural and synthetic zeolite with the latter accounting for the largest market share owing to its array of applications in detergents and as absorbents in applications such as wastewater treatment, air purification, personal hygiene products and cosmetics.

The global Zeolites market is expected to grow from US$11.5bn in 2020 to US$21.7bn by 2030, according to ReportLinker as the markets for its applications are expected to steadily expand.

Zeotech’s technology has demonstrated a significantly lower cost of manufacturing under lab-scale conditions compared to current production processes, which means the company can eye a large share of the synthetic zeolite market if it produces zeolite with lower costs on a commercial scale as well.

Besides its cost-saving capabilities, Zeotech’s technology has also found a way to add value to the hard rock lithium mining companies by using their by-products (leached spodumene) as the feedstock to produce zeolite, which can create another significant source of revenue for the company.

As lithium production is expected to markedly increase in the years to come, the capability to create value from its by-products got the market all excited and it was the reason behind the share price rally from 1.5 cents in October 2020 to 11 cents in April 2021 (Point 1 on the chart).

Applications in the cleantech sector

On 4 July 2022 Zeotech announced its collaboration with the University of Queensland to develop a sustainable hydrogenation process for converting captured CO2 and green hydrogen into syngas and value-added hydrocarbon fuels such as methanol, using zeolites as a catalyst.

The sustainable conversion of CO2 and green hydrogen could hold the key to decarbonising large sectors such as industrial processes and transport. The global carbon capture market size was US$1.62bn in 2021 and it is estimated to grow to US$3.62bn by 2026, according to The Business Research Company, which makes it worthwhile for Zeotech to address this space.

ZEO’s share price experienced a correction in 2022 to the 61.8% Fibonacci level of the price move from the Corona Crash low to the high of 11 cents in April 2021. The magnitude of the share price retracement was in line with the rest of the tech sector and pre- revenue companies.

Following the recent partial recovery in the markets and renewed attention to cleantech companies after President Biden’s further pledges to invest in renewable energy, Zeotech’s share price broke its medium-term downtrend and it’s now pulling back to the broken trendline.

From a technical analysis perspective, the recent strength in the share price is a sign that the latest low at 4.5 cents can be a bottom for the share price to hold for the next several months when the company is expected to make further updates regarding the commercialisation of its zeolite production technology.

On 31 May, the company announced that it had successfully produced over 3kg of pure Type A zeolite from lithium process by-products and that the success of the pilot program has now paved the way for the next step of constructing and commissioning a large-scale demonstration plant.

As such, buying near lows around 5 cents can be rewarding for both traders and investors as we expect Zeotech to announce updates regarding the development of a large-scale demonstration plant in the next several months, which can push the share price to its 2021 high of 11 cents.

A break below the latest low at 4.2 cents would be a sign of strong bearish sentiment on the stock and it can be used as a stop loss level. 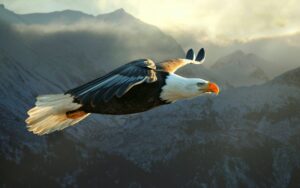 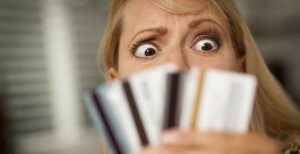 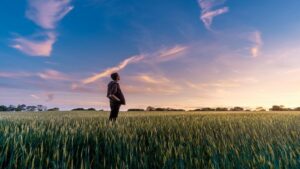