Altech Chemicals (ASX: ATC) is flying high on the back of a joint venture deal

Getting exposure to the green energy transition

Shares of the emerging high purity alumina (HPA) producer, Altech Chemicals (ASX: ATC), soared in the second half of September after the company announced it had signed a joint venture agreement with a German battery institute, Fraunhofer IKTS, to commercialise its patented Sodium Alumina Solid State (SAS) batteries.

The joint venture, with Altech owning 75%, has been formed to construct a 100 MWH grid storage in Germany with SAS batteries on Altech’s land in Schwarze Pumpe, Germany. Fraunhofer IKTS has been developing the SAS technology over the last 8 years to produce more capable batteries cheaper. 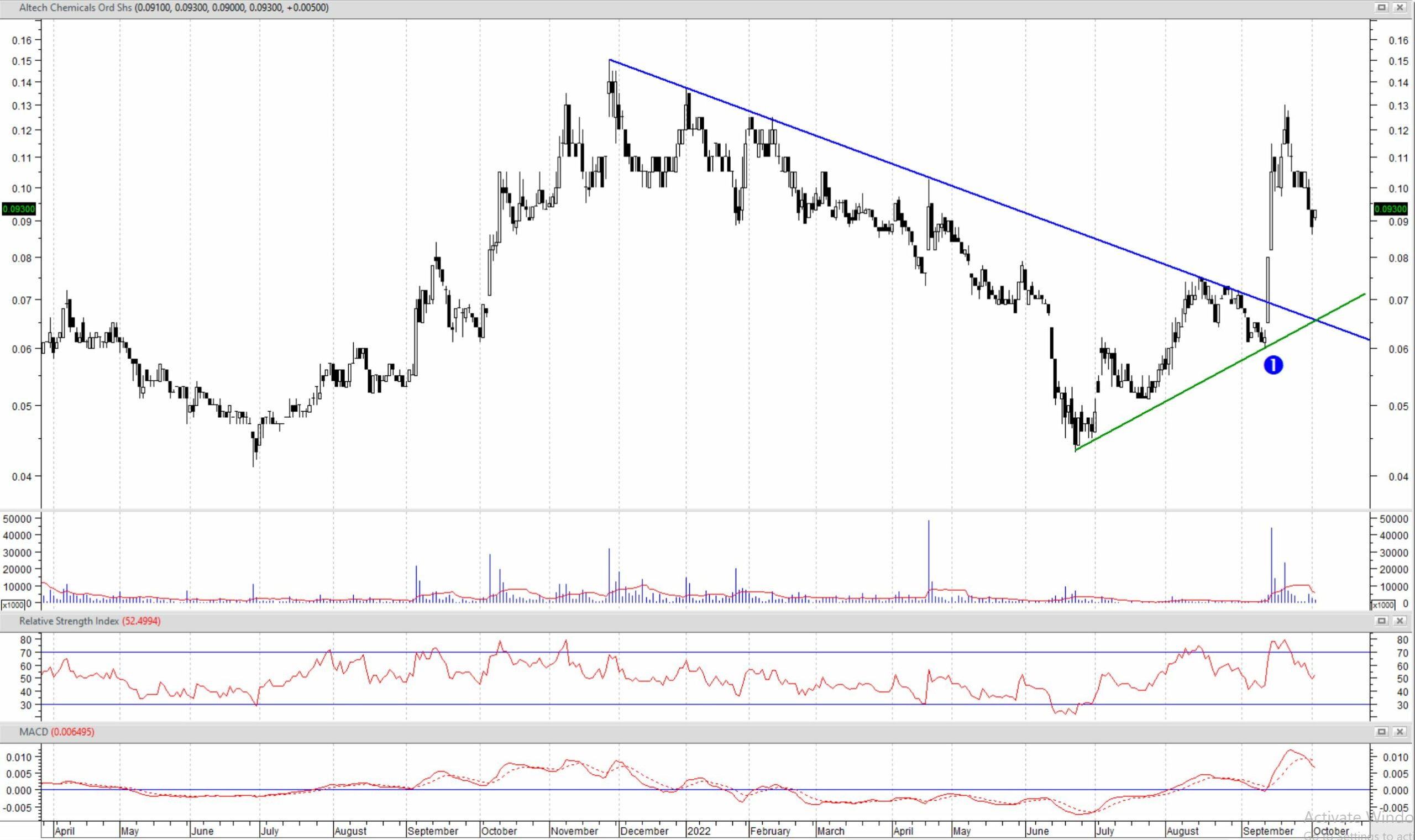 Altech’s announcement mentions many characteristics of the SAS batteries to make them superior to lithium-ion batteries, particularly for applications in grid storage facilities.

Batteries with a much longer life span

The replacement of liquid electrolytes with ceramics means no sodium deterioration in the SAS batteries with each charge and discharge, increasing the life span of SAS batteries beyond 15 years, significantly more than that of Lithium-ion batteries.

SAS batteries use sodium ions from common table salt instead of lithium and the cathode is built of common salt (sodium chloride) and nickel. There’s also no need for cobalt, graphite and copper for these batteries, making them 10-50% cheaper than lithium-ion batteries to produce, by Altech’s estimate.

However, due to the lower power density and higher weight of SAS batteries, they are better alternatives for grid power storage, but not for applications such as vehicle batteries.

Producing high-purity alumina from its own kaolin deposit

Prior to Altech’s JV announcement, the company was known mainly for its HPA production capabilities. HPA has many applications in different industries, such as in the production of scratch-resistant glass or high-strength ceramic tools.

A processing plant in Malaysia

Altech is constructing a 4,500tpa HPA processing plant in Johor, Malaysia and has completed stages 1 and 2 of the project. Feedstock for the plant will be sourced from the company’s 100%-owned kaolin deposit at Mechering, WA and shipped to Malaysia. Altech mentions a pre-tax NPV of US$505m for this project at a discount rate of 7.5% (which strikes us as a bit low in the current interest rate environment) and plans to finance it by issuing green bonds and finding joint-venture partners.

The company’s latest update on its WA’s kaolin deposit reported an inferred resource of 125 million tons of kaolin with a 250–year mine life. Currently, the deposit provides the entire feedstock required for the HPA plant, but Altech has mentioned that it would consider divesting the kaolin project should it receive an attractive offer. With other cumbersome projects on its hands, it shouldn’t come as a surprise to see it reducing some of the load to focus on the projects with a higher priority.

How to play Altech’s stock?

Altech’s share price broke the downtrend after its JV announcement and is now pulling back to the broken trendline, which should now act as support. It should then continue to rise alongside the short-term uptrend trendline (the green line on the chart).

As such we think prices near the uptrend (below 8 cents) are attractive for a target price of the latest high at 13 cents to be reached in the next several months.

A confirmed break below 6 cents would mean that the JV announcement has completely lost its impact on the share price and that the uptrend has been broken. This would indicate significant bearish sentiment on the stock that can open the way down to lower share prices.