K&S Corporation (ASX: KSC) has broken out of a 6-year resistance level

Who is K&S Corporation?

COVID-related movement restrictions as well as high driver absenteeism during the pandemic hit KSC’s operations hard. But the company remained profitable throughout the period as it received job keeper subsidies from both the Australian and New Zealand governments.

As the movement restrictions eased and driver absenteeism subdued, K&S’ profitability recovered and the company’s FY22 results showed earnings substantially higher than pre-COVID levels. Two weeks after the announcement of the results, K&S’ share price broke out of its 6-year cap at around $1.85. We think this is evidence of the market’s agreement with the company’s performance and improved prospects. 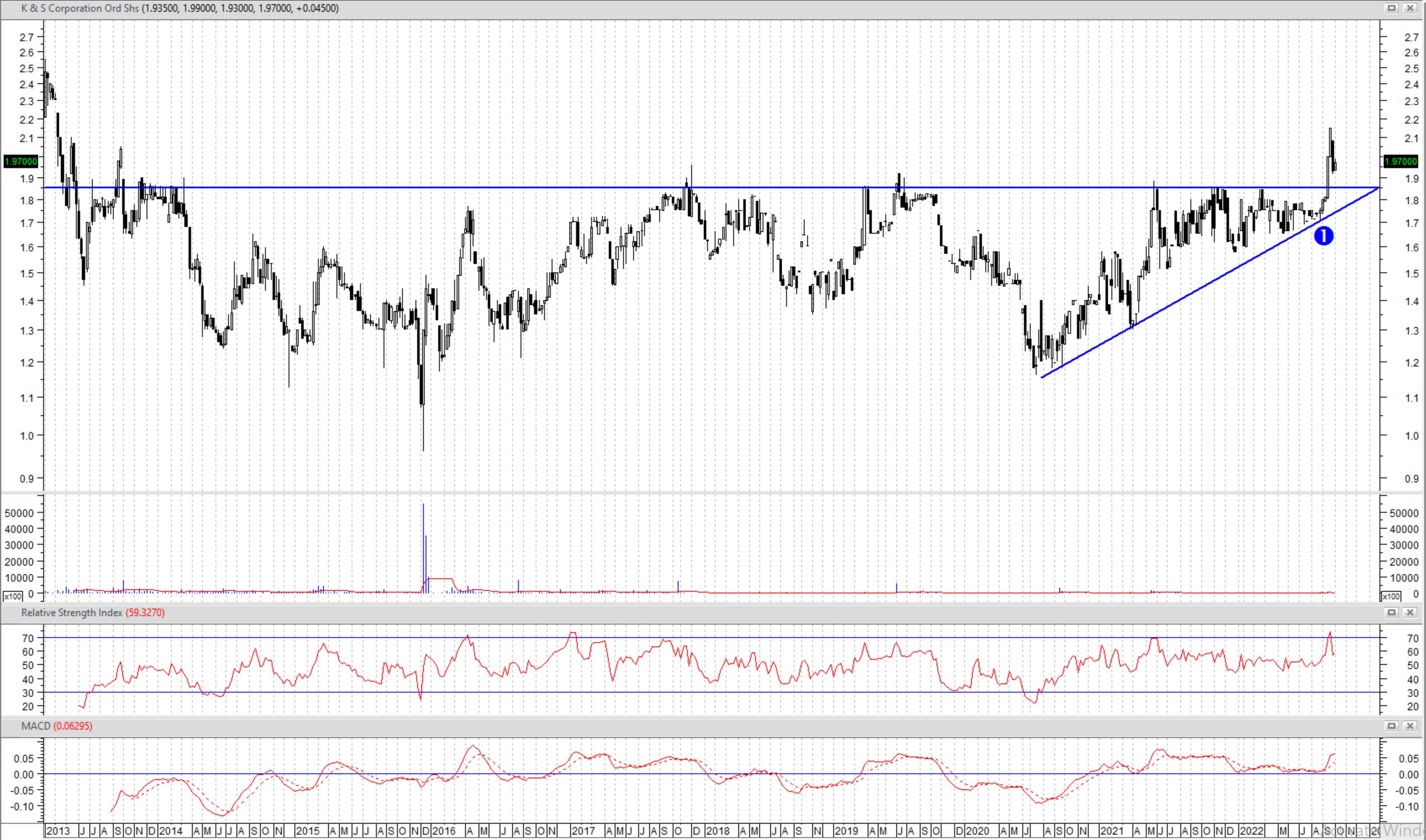 K&S came out of the COVID period leaner after it exited underperforming businesses and contracts and implemented cost reduction strategies. The company renegotiated supplier contracts and replaced some of its older, high-cost fleet with a modern fleet and rationalised its operating fleet according to driver availability.

The company’s focus on increasing earnings rather than growing unprofitable revenue resulted in lower revenues, but higher profits in FY22 compared to pre-pandemic levels.

K&S made $17.4m in net earnings in FY22 without receiving job keeper payments from the government, which was a substantial improvement over the prior years’ earnings. The company made $18.1m in profits in FY21 after receiving $23.2m in wage subsidies and made $11.2m in FY20, including wage subsidies of $13.7m. It made $2.3m in FY19.

How to play K&S’s stock?

K&S’ share price has broken through a 6-year resistance level and is now making a pull-back to that broken resistance. The breakout has characteristics of strong conviction on the side of buyers (two consecutive big white candles following the breakout on the weekly chart) and shows bullish sentiment on the stock. As such, we think prices close to the broken resistance level at $1.85 are attractive with a price target of $2.50 to be reached in the next few months.

From a technical analysis perspective, the broken resistance at $1.85 should now act as a support level. A break back below the broken resistance level would show that bulls are no longer in control and this substantially reduces the chances of further share price advances in the short term.