SECOS Group (ASX: SES) produces and sells plastic and sustainable packaging products in Australia, Malaysia, China and the US. The company’s products fall into four categories of Compostable Resin, Compostable Bags, Compostable Film and Traditional Plastic, with Compostable bags increasingly growing its share of the company’s total sales. It’s where most of the growth opportunities for the company lie.

Woolworths’ deal was the company maker

SECOS’ stock caught the market’s attention after Woolworths selected SECOS as a supplier of compostable bags in July 2020 (point 1 on the chart). SECOS’ share price jumped from 6 cents to a high of 20 cents following the announcement. The subsequent uptrend drove the company’s share price to an all-time high of 39 cents in August 2021, only to retrace back to 10 cents in September 2022 as the bear market of 2022 hit small-cap growth stocks, like SECOS. 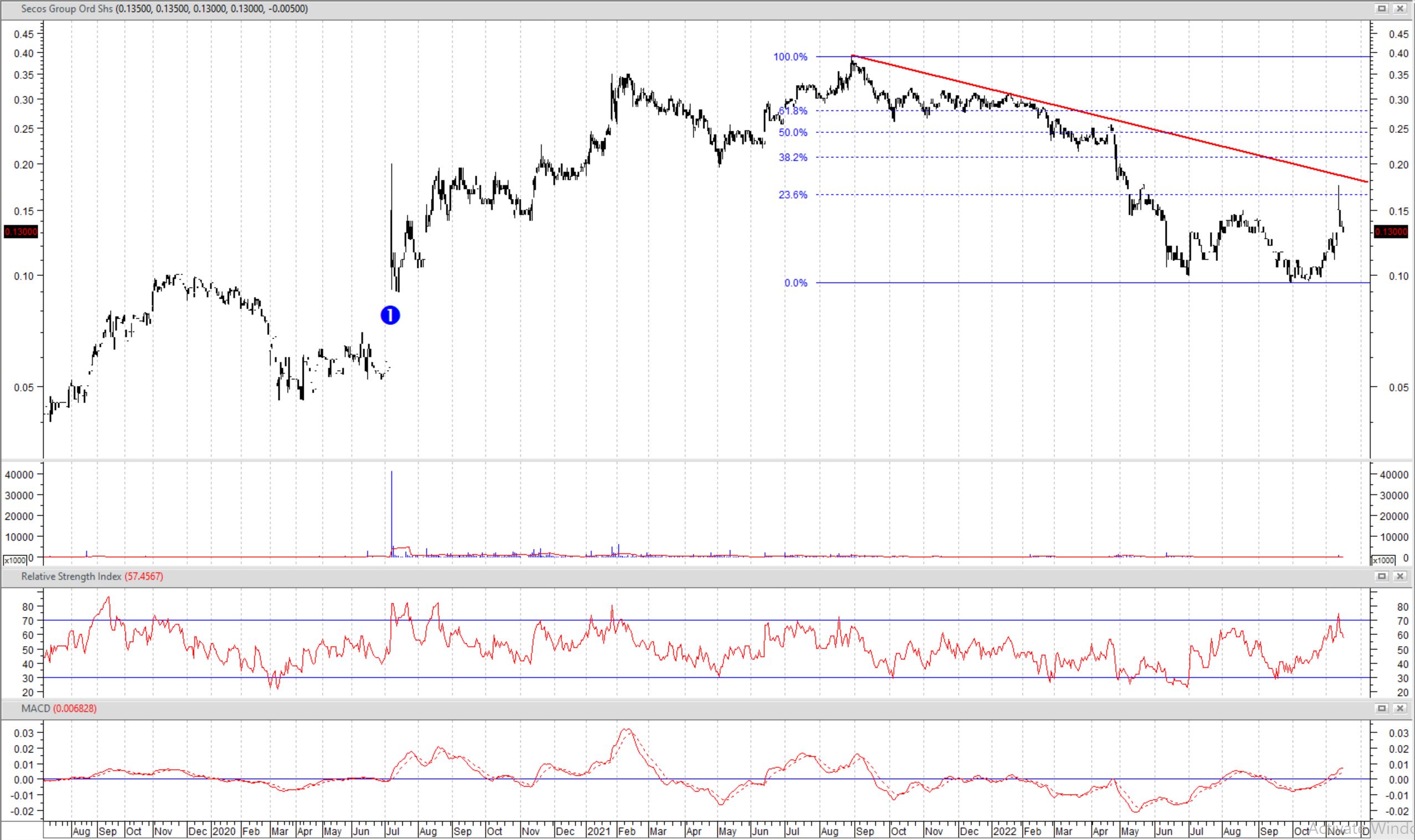 Coles’ deal was overlooked by market

On 11 October 2022, SECOS came out with another significant commercialisation development, this time announcing the launch of its compostable bags, known by its brand name MyEcoBag, in 770 Coles stores. But the market reaction to the news of expansion to another major Australian retailer was very cautions and the share price barely moved. We think this leaves plenty of room for future share price appreciations once the company reports the impacts of this significant development in its financial results.

Based on the UN environment programme, every minute the equivalent of one garbage truck of plastic is dumped into our oceans. Approximately 7 billion of the 9.2 billion tonnes of plastic produced from 1950 to 2017 became plastic waste, ending up in landfills or got dumped into the oceans.

The report further adds that we will not recycle our way out of the plastic pollution crisis and that we need a systemic transformation to achieve the transition to a circular economy, indicating the need for replacing plastic with sustainable substitutes. This is exactly what SECOS is trying to deliver with its range of biodegradable and compostable packaging products.

According to Australian Packaging Covenant Organisation (APCO), single-use plastic packaging will be completely banned by 2025 and will be replaced by reusable, recyclable or compostable packaging.

SECOS made $2.6m of profits in FY21, but it ended FY22 by losing more than $3m as the company’s profit margins shrank due to higher freight costs and delays that made inventory management challenging. Consequently, the company ended up with so undesirably high working capital. But the 1Q23 report mentioned normalising freight costs and supply lines.

SES reported 1Q23 sales of $6m, down 14.4% on PCP, due to the lengthy shipping delays, but with a positive operating cash flow of $1m and a closing cash balance of $4.7m.

SES is covered by one analyst who estimates FY23 sales and EBITDA of $38m and 0.8m, respectively. In our view, these numbers are in line with the company’s expectations of circa 30% sales growth and normalising profit margins in FY23.

The analyst also estimates FY24 sales and EBITDA of $47m and $5m, representing an EBITDA margin of more than 10%. We agree with the estimated year-over-year sales growth of circa 25% for FY24, but using a more modest EBITDA margin of 6% brings us to an estimated EBITDA of $2.8m for that year. Still not bad for a small-cap growth stock with a market capitalisation of about $70m and no debt.

How to play SECOS stock?

SECOS’ share price gapped up and traded up to 17.5 cents on the announcement of expansion to Coles stores. The share price has now filled the gap to 13 cents and we expect the selling pressure to subside from here as that was the price level the stock traded at before the announcement. So, we think prices near 13 cents are attractive with a stop loss at the previous low of 10 cents

Short-term traders can take profits once the share reaches the downtrend at 17.5 cents. But for long-term investors, we think given the company’s in-demand and sustainable products and growing business, its share price can once more reach its all-time high of 39 cents in the long term.